Is Weed Legal in Thailand?

There are many reasons why people would be asking what the cannabis laws are in “The Land of Smiles,” and rightfully so. Recently, Thailand has made significant changes to its weed and medical cannabis usage regulations.

However, you need to be aware that smoking ganja openly will still lead to jail time for locals and tourists. Thailand is paving the way for future developments in the industry, becoming the first country to decriminalize marijuana in Asia.

The Ministry of Public Health and the Narcotics Control Board worked together and came to a unanimous vote on the decision. In this piece, we answer the question, “Is weed legal in Thailand?” and explore the latest marijuana news in the country.

What Are the Laws Regarding Marijuana in Thailand 2022?

In the past, if you posed the question, “Is weed legal in Thailand?” you would raise a few eyebrows. The answer is not as straightforward as it once was, as Thailand has recently changed its tune on the matter.

Cannabis lovers rejoiced on January 25th, 2022, as Thailand decriminalized the plant and became the first Asia country to do so. If you compare this to other Southeast Asian countries such as Singapore and Indonesia, Thailand’s move is quite the contrast.

In other cities across the continent, if a person is caught possessing large amounts of marijuana, it can lead to life in prison or the death penalty. Any extracts containing over 0.2% by weight of THC (tetrahydrocannabinol) will remain under control by the Ministry of Public Health (MOPH). Tetrahydrocannabinol causes people who use marijuana to get high and is the plant’s primary psychoactive ingredient.

Something crucial to note is that weed is still very much illegal in Thailand. The current regulations and laws mean those caught possessing or smoking weed could serve a significant jail sentence.

However, there are talks of the government bringing need marijuana legislation into power, making it possible to use weed in industrial products and food.

What Does the Delisting of Cannabis Mean for Thailand?

You may wonder, “If it cannot be smoked recreationally, what is the point of delisting marijuana?” Essentially scientific and medical fields will be the ones that benefit the most from the decriminalization of cannabis. These laws permit the use of weed in various health and medical-related products.

Thai traditional medicines have used cannabis as a prevalent ingredient for many centuries. Medical marijuana was used to help fatigue and relieve pains in suffers up until the 1930s. It shocked the public when Thailand became the first country in Asia to use it for medical purposes and decriminalize its production.

Even though someone cannot smoke marijuana recreationally in Thailand yet, growing weed is a different story together. If you are a Thai person, you are allowed to grow weed at home, but it has it be for personal consumption only (hence in small amounts.)

People interested in growing their own marijuana at home must first sign up with the authorities in their local area. It’s important to remember that this is still a grey area since specific laws and regulations apply.

Government officials have been somewhat calm about future announcements; things are likely to stay dormant until 120 days after the delisting of cannabis from the Narcotics Act. Many bars and restaurants that serve cannabis-related beverages are scrupulous since the Narcotics Act is still valid. It is understandable as they would not want to lose their license in such a tumultuous time.

Cannabis as a Medicine

It is apparent what the recent scope and legislations are about. Medical purposes are the only reason the governments delisted cannabis, and people are not allowed to use marijuana for enjoyment.

If you are caught consuming marijuana in Thailand, the new Narcotics Bill may result in a fine of $600 (20,000 baht) and a one-year jail term. It is clear that lawmakers are concerned about the drug’s potential abuse and are equally looking to promote the medical marijuana industry.

Under the new regulations, there is a straightforward routine approach to issuing licenses as the FDA treats marijuana no different from other unlawful drugs. You could receive a fine of 1.5 million baht ($45,000) and 15 years in prison if you are caught in possession of 10kg or more of marijuana with the intent to sell.

Marijuana Legalization Has Wider Implications than Just Medicinal Use

The medical use of cannabis is the primary focus of the Narcotics Bill. It is essential to realize that the implications of the legalization bill go far beyond the medicinal use of weed.

This bill intends to create several social and economic changes throughout “The Land of Smiles.” One of the best things about this new bill is that it will benefit low-income rural folks who struggle with socioeconomic conditions.

These new regulations are supposed to create new job opportunities on the economic front. When there are additional cash crops generated, the rural populations will have more income opportunities.

Another thing that Thailand’s policymakers want to do with the new regulations is to turn the country into a medical cannabis tourism location. That means that regional players will have an early chance to get involved to start producing, distributing, and marketing ganja products.

What Value Does the Legalization of Weed Bring to Foreigners?

In the nascent Thai cannabis industry, it is a stringent rule that no foreigners are allowed to work or operate in it. The laws regarding the ban provide a few exceptions and are not absolute. These regulations show how foreign cooperation can result in a valuable addition to the nation’s industry by acknowledging the foreigner’s technical know-how.

One of the initial things brought forward with this new law is the promotion of medical weed tourism. Under the law, foreigners coming to or leaving Thailand may receive medicinal marijuana treatment.

Secondly, most of the government’s efforts aim to promote the country as one of the world’s prominent tourism destinations.

Under the law, only cross-border vehicles, cruise ships, conventional ships, and international airlines can carry a particular amount of weed if they have an FDA license. Keeping ganja for a medical emergency or first aid is the primary reason these above vessels would keep marijuana onboard.

The cannabis market in Thailand is booming, and rightfully so. There are considerable opportunities in the industry for positioning weed products. Setting eyes on the entire value chain, such as branding, manufacturing, production, extractions, cultivation, and plant genetics, requires the commitment of exponential capital investments.

Within this cannabis ecosystem, there are more than 60 identified business opportunities. If business owners and investors in the country want to understand the key to success, they need to address the market’s demand for specific products.

However, to handle a new market, the industry players need to set their capacity of regulars and execution in line with the regulations.

It is crucial to note that pioneering costs attached to the industry must remain focused even when businesses first establish an initial-mover advantage to dip their toes into the ecosystem. Before moving forward, a company must observe the pace of business fundamentals and regulations.

The legality of marijuana in Thailand has been challenged for decades. In 2020, the Thai government changed its laws, allowing medical cannabis to be used for medicinal or chronic purposes.

Even though recreational usage of weed in public is still not allowed, many new bills will be passed to make it more accessible to patients, foreigners, and people in the food and beverage industry.

Maybe sometime in the future we will see Thailand turning into a one-of-a-kind marijuana tourist destination. 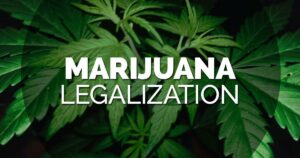